Guiness Stout, It's Good For You!

This guy Thong Kai Chee is an elusive, mysterious and cheeky bugger. We love him and we adore him! Here's his article on the virtues of Guinness Stout. Enjoy! 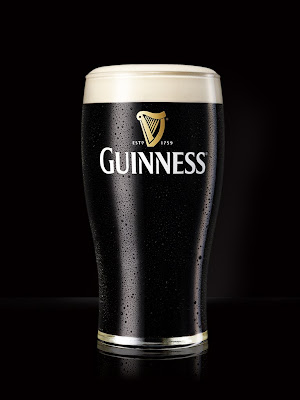 Hi, about the subject of Guinness Stout, it is reaaaally a good branded beer in the world. It has been more than 20 years in history ( maybe older than Australia or USA founded year ) and is originally founded in Ireland. Its delicious taste and famous solely ingredient till now no other brewery company can similitude. And I quite sure and remembered during our primary school time, there are two beer advertisement in the cinema showtime, one is anchor beer and the other one is Guiness Stout. The picture showed that there is a lorry carrying log and was driving along the jungle path. And then a man showed was drinking a cup of G.Stout. he sighhhhhh….. after drank and his face was showing something satisfactory……..and his spirit is high………..then he become a reaaallll man…… lady loved him…. Girl liked him…. Hey, guys , what about you???? then after that, a music is on…. De de de de de … Guinness Stout.. it’s good for you…… dun know how long time is it after disappearing from the cinema advertisement..

Come on guys,, cheer cherrr till bottom up.

Kee Mun, What is up now. Still busy or boring all night long???

Guinness Stout Ad (Not The Original Malaysian One Lah!)