We have professionals from all walks of life gathered in this relaxing environment, enjoying the fond memories of the past, creating a rowdy scene of laughters & jokes.
What can you expect with a total of over one-thousand-and-one-hundred-years ' OLD ' boys and old girls put together ?? 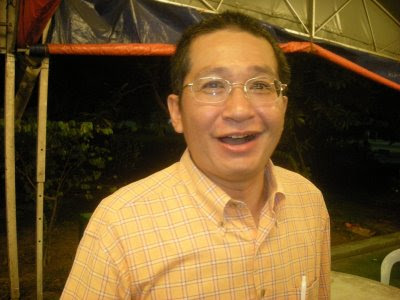 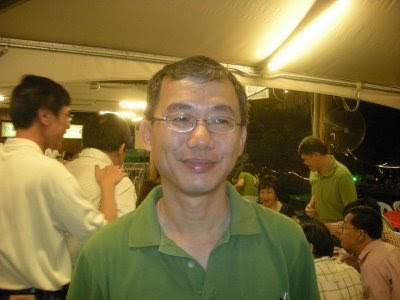 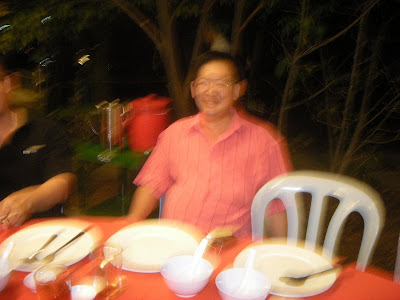 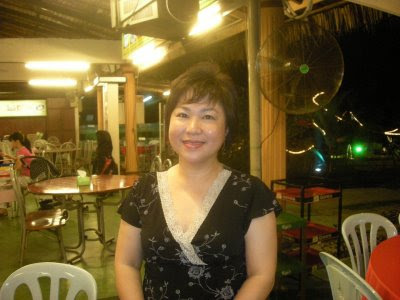 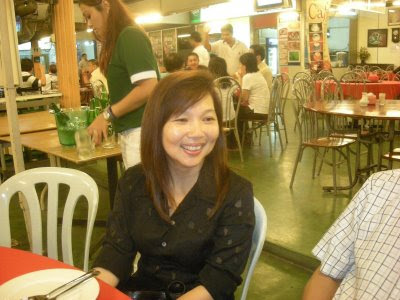 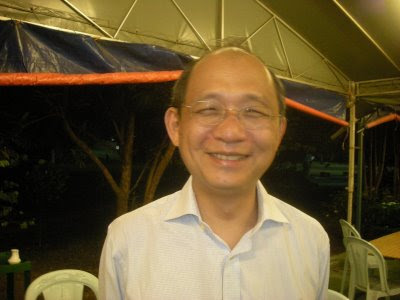 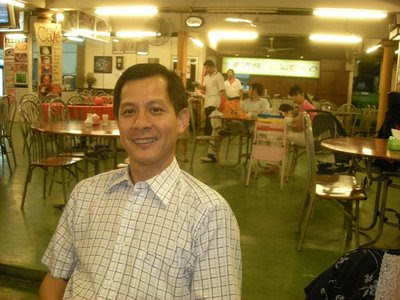 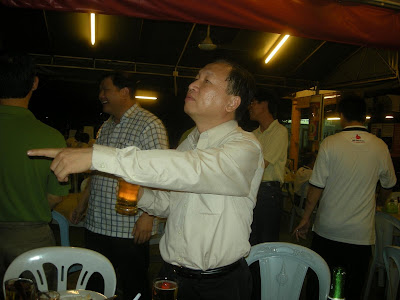 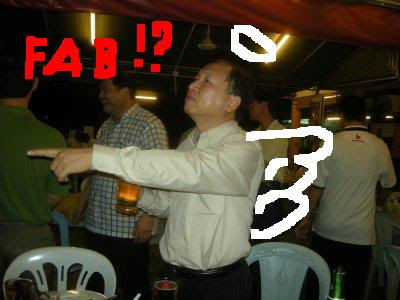 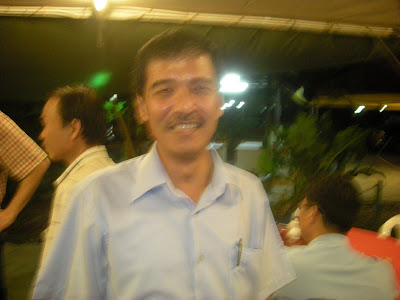 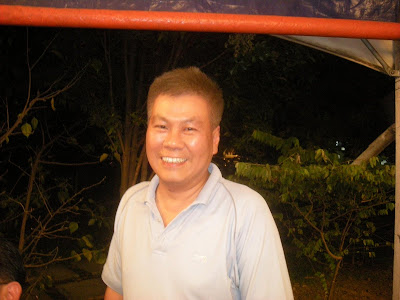 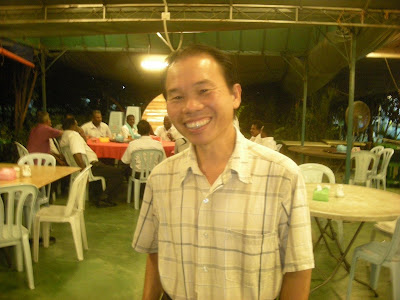 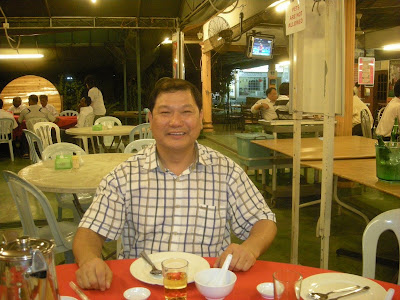 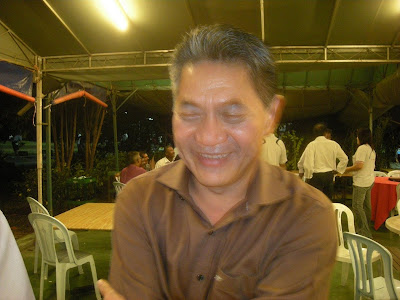 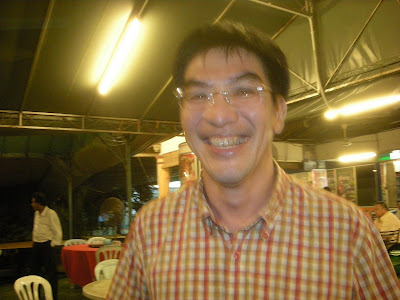 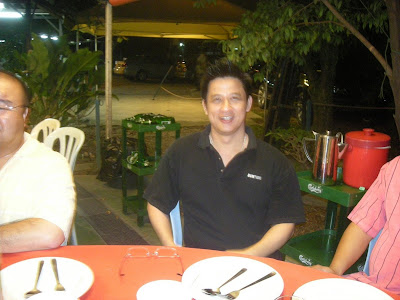 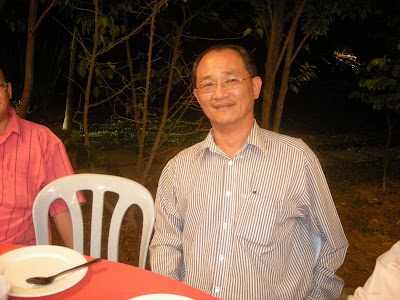 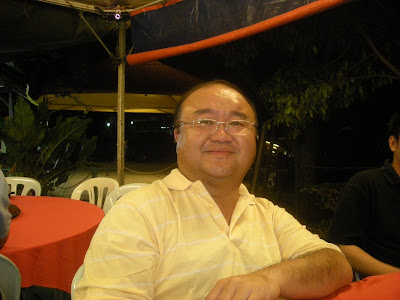 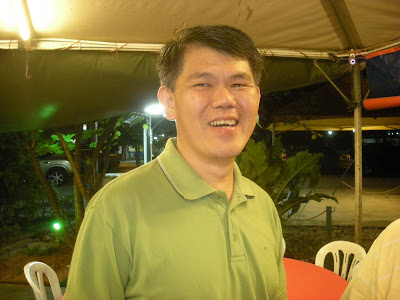 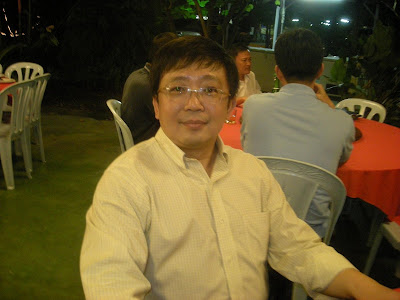 I must thank you on behalf of all the uncles and half of Fab 4 for taking the trouble to capture those images and very acute commentory that captures the atmosphere and pleasure of seeing each other after all these time.

One of the uncles also said that, thanks to our pilot captain who started this blog and effort of enlisting the left and right co-pilot like you and KM So, with gunners such as UMNO, Wong Sir, with remote controllers from Aussie land that make the last few gatherings possible. This one, with Ek Kok & Kong Ho as the organizers, has put a lot of smiles on our faces

Again "Well done" to all those that make this gathering so memorable. 大家 ENJOY！

Big Thank you to Kong Ho.

Thanks to every one of you. Without you all, it is not possible to have the gathering rolling and organized.

Thank you especially to Philip who said yes to joining us at the Friday gathering. His "rare and sudden appearing" attracted many to come. So were the other stars of the evening, Leong Chee Hoong, Thong Khai Chee, Loke Chee Keen, Lai Mei Foong and Wong Chun Ngan.

Chut Ngeow (the very first fellow that OK, and OK all the way no matter where the dinner is organized), Boon Chee, Yoke Can, Fook Kheong, Yee Hong. If these good old buddies did not say yes, you think it was so easy to organize the gathering?

In fact, Tauke Jeffrey Ong did not "let go aeroplane". He was most supportive. When I phoned him at Ipoh, he was so happy and looked forward to meeting Philip. He was extremely excited to have Philip as our "guest of honor". Being a businessman, sometimes, we had to "give and take" for his absence.

I also would like to give respect to "uncle Fook Kheong". At this age, he is marvelous in stamina and health. I thought that he wasstill in Hong Kong and Beijing. I least expected him to touch down at KL so soon, joined us for the dinner, and continued chapter 2 after the dinner.

The attendance from others are very encouraging. The moment the SMS or phone calls were made, without a second thought, everybody said "YES I WILL COME".

Of course, I highly appreciate "Ipoh Mari". A big thank you to Tali, Kee Mun, Tong Leong, and Tuck Cheong.

Despite several SMS and phone calls, the only missing person that did not respond is our respectable honorific Doctor Chin Yew Sin. He remains "elusive". I hope next time Doctor Chin will at least respond, or join us. No matter what, we will welcome you, Yew Sin.