Part 2 of the Sri Petaling episode :-

The gathering was actually started at this ' Monster ' pub in Kuchai Lama Entrepreneur Park at about 5.30pm. Wong Sir, Tong Leong and I were delayed & couldn't joined the group for the Happy Hours in Monster. The report of happening in the Monster has to be delivered by KM. 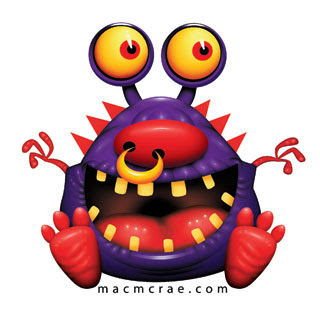 Siew Yee Wah, our official photographer , couldn't join us in the dinner ( the reason ? as usual loh... ! the photos of the dinner on 20th Feb still not in sight yet .... or maybe busy helping to prepare for the court of appeal's case .. )
Our 猫王 - Jeffrey Ong also 放飞机 in the last minute, stating he was delayed by a court case. ( another court case ?? )
It was ' Ooos ' & ' Ahhh ' when they came to see those long lost friends. So many questions were asked. Quite a number of them hadn't seen each other for more than 30 + years. Those making first appearances in our gathering were : - Thong Kai Chee , Philip Lip , Leong Chee Hoong & Lai Mei Foong. Wong Chun Ngan has met some of the guys in Ipoh prior to this dinner.
It was good seeing all these uncles letting themselves out in such an unreserved & unpretentious mood. Even Wong Sir had obliged to the request of the group by having a share of the liquor provided.
Ek Kok & Kong Ho were busy counting the heads, counting the beers, counting the cash....
Another round of the FAB story was told to Philip...( the laundry powder advertisement ).... by you know who ( Tali, of course )... just like the story being told to Ek Kok in Ipoh Kopitiam. Ha ! Ha ! Philip believed it too, and Ek Kok was so happy !
Here's the FAB story......................!!! ( photos actually ) ... don't envy Au Chee Keong, he took the opportunity... ! 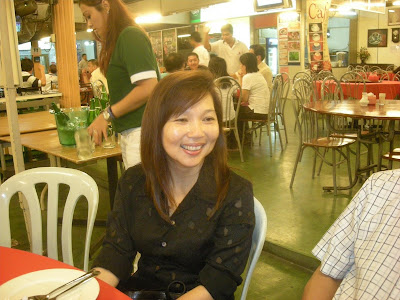 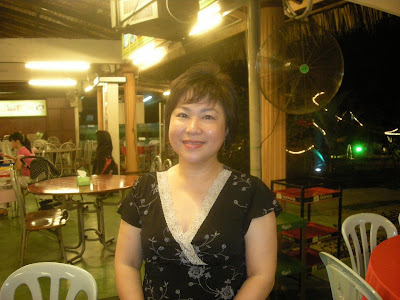 One Of The Special Guests - 美凤 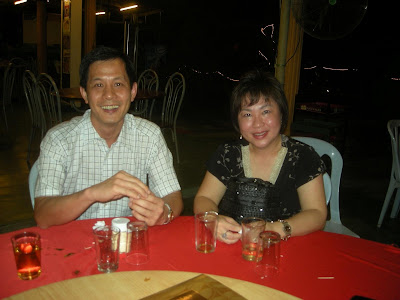 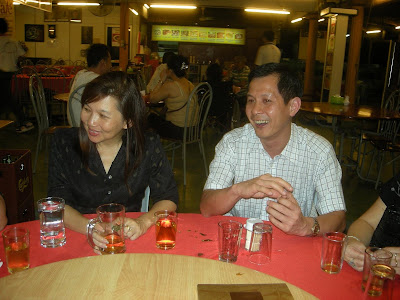 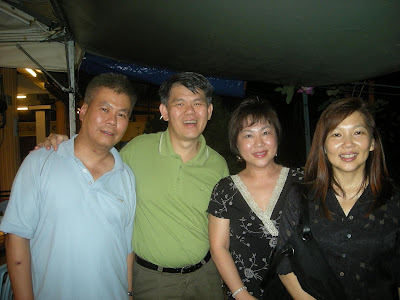 Au Chee and Ah Can and FABs 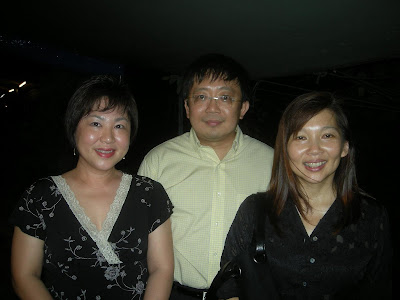 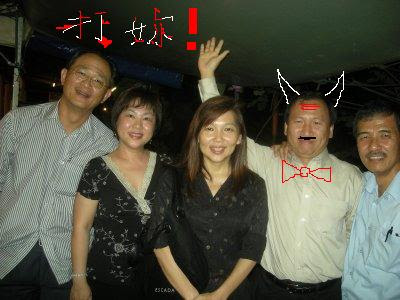 The little guy from Dubai is at it again 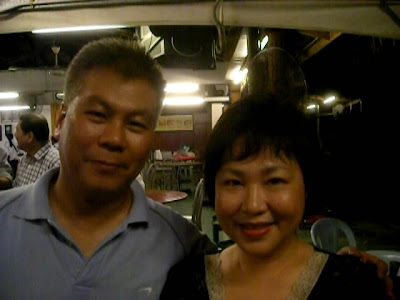 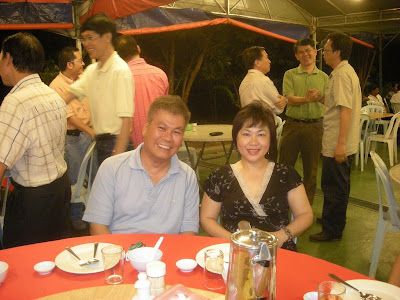