KIN FONG + TALI AND THE IPOH GANG had so much fun on Thursday night reveling and enjoying snow beers + KOK that they have no time to send us their report! 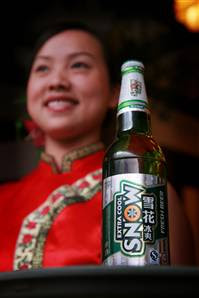 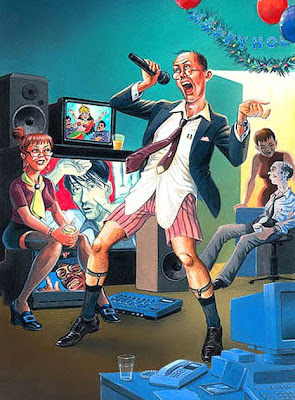 We shall give them until Monday to properly report back to the Group or else ..... 嘿嘿嘿
To Captain & the rest of the 78ers,

We indeed had a wonderful night on 27th August 2009, but it was not as pictured by captain. We do not necessary have to associate ourselves with the 'snow beer ' & ' Kok ' to be happy. Don't be surprised that we didn't consume any beer during that night ! ( only James had a can of Heinekan ). We had 1/2 bottle of Black Label Limited Edition during the dinner & finished 1 bottle of Green Label in the 2nd session. Total no of drinkers = 7. Everyone enjoy the drink. No casualty for that night ( incl. Tali. ha ! ha ! ha !)
The dinner is normal. Average food. Specially ordered for KF : 四大天王，清蒸金凤, 啦啦 , 豆腐etc. I don't know how much it cost, since a generous 78er has settled the bill without out awareness. Thank you. 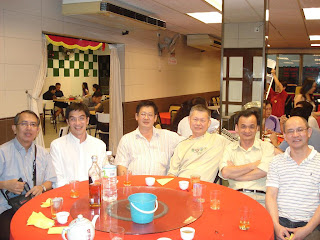 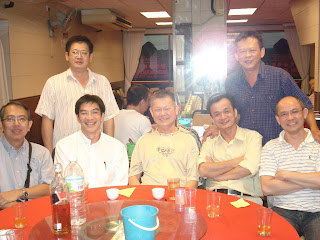 Kee Mun + the rest of the uncles

We went to Tong Leong's house & continued the night in his special platform cabin built next to the antique train coach. A very nice place to have a gathering like this for the old fellas. In short, a very enjoyable & memorable night for everyone, maybe with the exception of KF, he's been very quiet for the whole night. ( I think he's disappointed with the outcome of our arrangement for the night..... hee ! hee ! hee ! No Kok for session for him. He was misleaded by captain that it should be a wild night with the Ipoh Mari ! ) 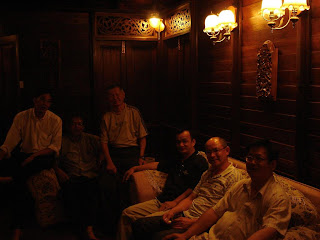 By the way, still waiting for the photos from Siew Yee Wah. Log on to this blog more often. You might be lucky to see the photos. Ha ! Ha ! Ha ! Cheers !

Have a nice weekend & Happy Merdeka !