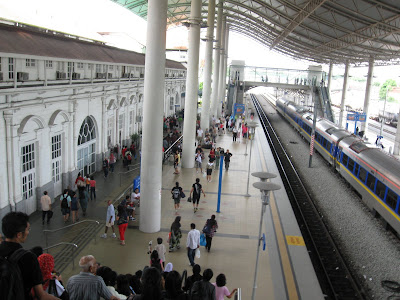 Our Captain alighted from the Electric Train service from KL; instead of his usual mode of transportation 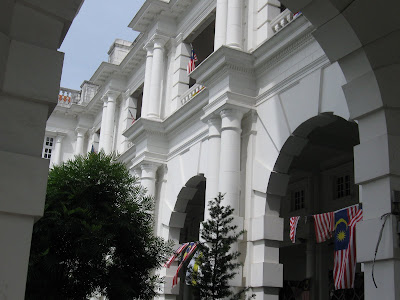 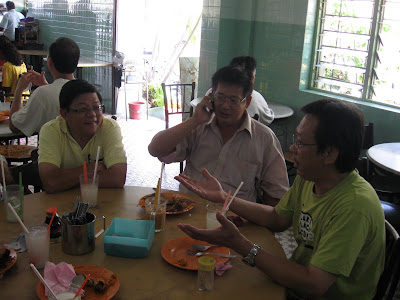 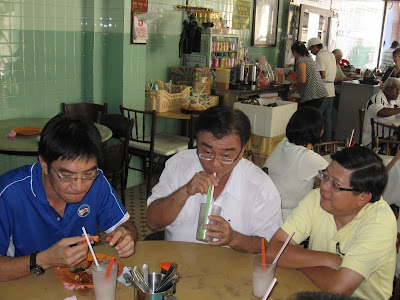 Lunch at Nasi Kandar aka NASI GANJA opposite the old Tg Rambutan Bus Stattion (for those in the know). Tong Leong, David Khoo and Ooi Boon Hock

After running around the town with KM looking for his favourite food, he settled in ' Summer Paradise ' for a Happy Hour session with the Ipoh Mali gang.

Our ' Coke Ambassador '- Wong Sir also turned up for this session.

After many suggestions & objections, the final place for dinner was decided, thanks to Hock Choong's proposal - a nearby restaurant named Soon Fatt Restaurant.

So, the whole group of 50 years old ( minus Bao Bao & Khai Choung ) decided to go for makan by walking...

Everybody enjoyed the delicious food & of course, a few rounds of beer....

The group also enjoyed the 'romantic ' walking in the rain back to Summer Paradise after the dinner.