Wong Wai Loong, based in Kuching, is apparently the opposite number of Ku Chin Wah. 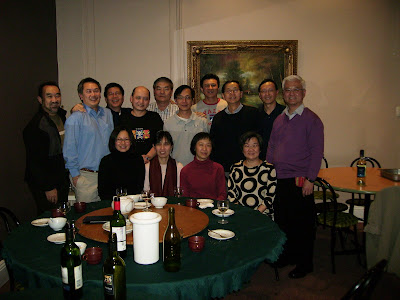 PS: Kin Fong and Ivy Ooi are MIA from the dinner because KF confessed to me that he was extremely well received and treated in Ipoh and KL by various 1978ers. So much so he had to be on a diet when he got back from Malaysia.... and he is still recovering from the amount and high quality foods and alcohol he consumed!